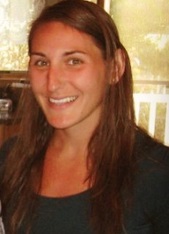 Lindsey Funch, who resides in the historic running town of Eugene, Oregon, is a former sprinter and middle-distance runner specializing in the 400 and 800 meters as well as a collegiate field-hockey player at St. Lawrence University in Upstate New York. In 2010, Lindsey decided to turn her attention to long-distance running, and has never looked back.

Lindsey has worked consistently to coach herself from a marathon personal best of 3:52 to a 3:08 while lowering her half-marathon time from 1:47 to 1:28. Along the way, she earned a master’s degree in exercise science at SUNY-Cortland, also in New York and the longtime home of noted exercise physiologist, author and coach Jack Daniels, Ph.D.

In the 2015-2016 academic year, she was able to dip her toes into coaching at the middle school level in both cross-country and track.  She began coaching adults who were part of the Eugene Running Company’s marathon and half marathon team in 2017; she also donated her time to their beginner group (a “couch to 5k” program) and continues to do so today. The beginner and marathon groups both consist of runners with abilities, goals, and life and work commitments that span the whole spectrum. Consequently, as partly owing to her extensive background in other competitive sports, Lindsey is comfortable working with all levels of athletes from novice runners looking to finish a 5K or 10K race to the advanced competitors with lofty goals.

Lindsey has coached many first-time marathoners to event finishes, and has also guided several runners to Boston qualifying times. In pursuit of servicing her athletes to the best of her ability, she recently attended the RRCA Level 1 course and completed that certification. In seeking to extend her services beyond the reach of local West coast runners, Lindsey brings a great deal of fresh perspective to the Lowell Running mix and is excited to help an expanded cohort of runners reach their goals.