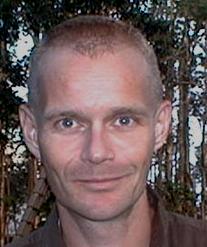 Kevin Beck, a senior writer for Running Times Magazine for over a dozen years, competed sparingly in college, recording bests of 15:51 for 5K and 32:56 for 10K. Shortly after graduating from the University of Vermont in 1992, he made the marathon his event of long-term focus, running 2:39:37 in his initial attempt at the distance in 1994. Over a period of seven years, the New Hampshire native steadily carved his personal best down to 2:24:17 – good for seventh among Americans and 28th overall at the 2001 Boston Marathon. That his development as a runner occurred almost entirely on the roads as a post-collegiate athlete gives him a world of insight when it comes to advising motivated marathoners with relatively limited or non-existent high-school or NCAA running backgrounds.

Kevin’s earliest experience with coaching runners was at Bishop Brady High School in New Hampshire. In 1998, the season before Kevin arrived, the boys’ team finished 18th in the State Meet, only a few slots out of last place. Kevin’s knowledge and enthusiasm breathed life into a moribund program, and in 2000, the team took 4th, qualifying them for the NH Meet of Champions for the first time in anyone’s memory. Kevin also coached the girls’ team, which also enjoyed significant improvement. Nearly coincident with Kevin’s taking the reins at Bishop Brady was his Running Times article, “How To Run Your Best Marathon — Really.” This thorough treatment of contemporary marathon training — which invoked not only his own experience but that of world-class, regional-class and recreational marathoners from around the globe — demonstrated the value of devoting ample training energy to running at marathon pace.

Since 2003, Kevin has guided numerous marathoners to personal bests using the principles underscored in this still-popular piece. He has engineered dozen of training-related articles for Running Times, Competitor, Motiv Running and other publications on a variety of subjects, including hill training, tempo runs, progression runs, multi-pace training, and preparing for a range of road distances simultaneously. He has coached athletes of various ages and abilities, ranging from runners seeking to qualify for Boston for the first time to multiple Olympians, Olympic Trials qualifiers, and age-group world record holders. His chief focus today is career- and family-oriented marathoners for whom running — while a driving passion — is only one of several meaningful, time- and energy-consuming life facets.

Kevin is the editor of Run Strong, a training book published in 2005, and the co-author of Young Runners at the Top, a guide for young runners and their mentors published in 2017. He has been interviewed by outlets such as New Hampshire Public Radio, RT Running, and Running Times and given talks at running clinics and gatherings around the country.

Coach Kevin Beck
Kevin Beck is a particularly gifted coach when it comes to assessing the fitness level of his athletes – in both physical and emotional terms. Where some coaches privilege their own knowledge above all else and demand the athlete adhere to it, Kevin values the insights (as well as self-imposed limitations) an athlete brings to the table. This empowers the athlete to face challenges and have the confidence to determine their own approach in the process.