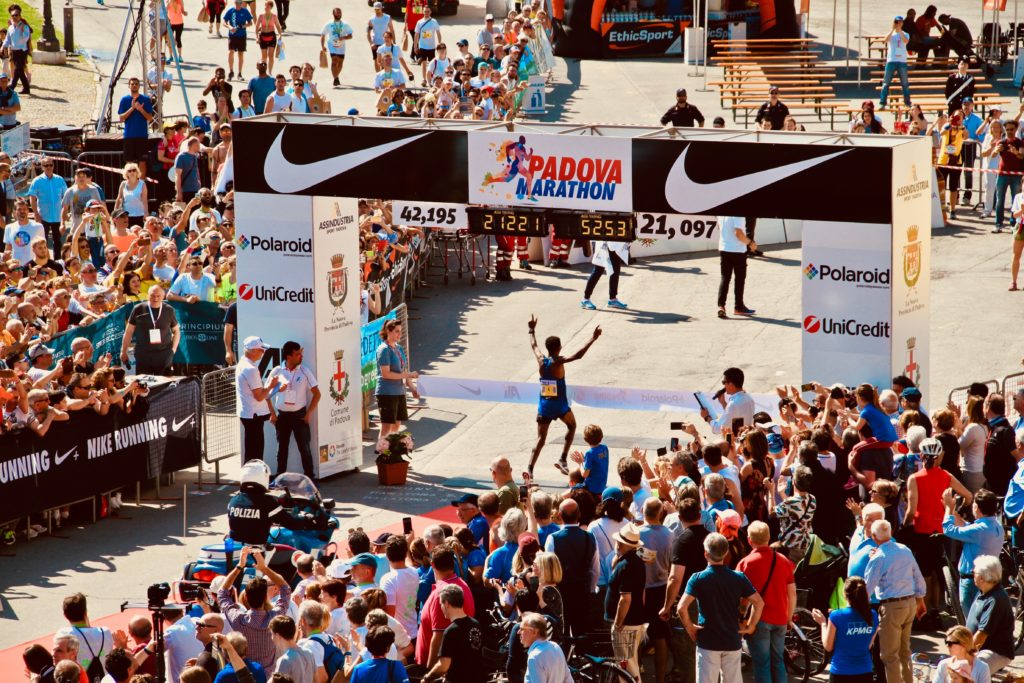 The Perfect Race for Everyone

If you follow the careers of professional distance runners from the United States, you see a typical, even predictable progression. They wrap up their college careers at age 22 or 23, and if they’re lucky, they shoe, gear, and other endorsement contracts. They then usually spend at least one four-year Olympic cycle trying to make national teams on the track (World Championships or Olympic Games) while dabbling in cross-country and road races up to the half- marathon distance. Most true elites do not make the jump to the marathon until they are close to 30 years old, and it is generally acknowledged that once a runner does this, his or her days at the top of the track world are — for a combination of physical, practical, and economic reasons — more or less over.

This typical path into the longest standard road distance has perhaps led a lot of everyday competitive runners to believe that racing marathons is something runners should avoid doing until they are older and have been competing at a high level (for them) for many years. However, this is an erroneous idea.

Physically, you are likely to reach, and be able to maintain, your peak marathon potential in your early to mid-thirties, and that’s even if you have been running since your teens, a la Shalane Flanagan and Meb Keflezighi. But importantly, this does not carry the implication that you cannot train for and race marathons successfully as a young adult. In other words, while you may reasonably expect your best 26.2-milers to come in your thirties, there is nothing stopping you from getting into the game a decade earlier and thereby increasing your chances of having an especially fast marathon when you do attain your physiological prime.

For evidence of this, have a look at the ages of elite marathoners from Kenya, Japan, Ethiopia, and other countries unencumbered by the college track and cross-country system. While many of them remain highly successful into their mid-thirties, no small number are also competing at a high level well before they turn 30. The late Sammy Wanjiru of Kenya was only 21 when he became the 2008 Olympic Gold Medalist, and Mizuki Noguchi, the 2004 Olympic champion from Japan, was 27 when she set the still-standing national record of 2:19:12 in Berlin in 2005.

If you are in your early 20s, not a professional athlete, and have aspirations of succeeding in the marathon, there is no reason to wait to chase your primary dream in the sport, as a wealth of evidence demonstrates conclusively.