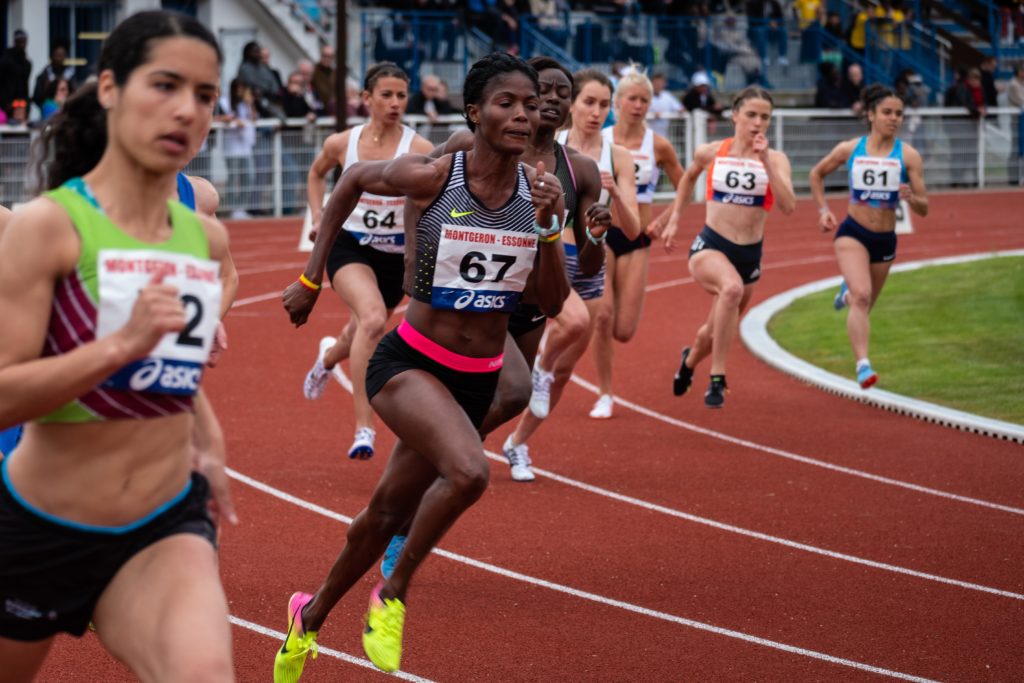 Suppose someone asked you, in the warm, bright glow of an office Christmas party, if you have any fear of being in unlit places, or if the idea of being cold and alone in an unfamiliar environment was unsettling. Depending on your gender, age, and individual personality traits, you might respond that neither prospect is especially bleak, or you might allow that such things would be unwelcome but manageable. Some runners, after all, enjoy bouts of isolation, especially outdoors.

But no matter what answer you gave, it’s likely that it would suggest a more optimistic picture than whatever would unfold in reality. If I’m standing around shooting the breeze in a 65-degree room amid smiling people, wired on  plenty of coffee, I might not even be able to remember what it was like to be underdressed on a New Hampshire winter night, cutting through some woods because I thought I knew a short cut home, only to hear things that sounded suspiciously like large animals crashing about nearby. In short, I’d underestimate the extent to which I’d be stressed in such a scenario — even if I’d experienced something similar in the past.

How does this relate to form analysis? In several ways, actually.

When you ask someone to analyze your form, you’re loading the situation in ways you’re almost certainly unaware of. Generally, when you run on a treadmill or invite someone at running store or a coach to watch you run outside for a short stretch, you’re not at all tired. On top of that, you’re almost certainly not running quite naturally owing to being aware of having someone watching you (this is lessened to some extent on a treadmill, but not completely). So in these contrived scenarios, through no fault of your own, you’re not giving your viewers a completely realistic picture.

When I mentioned the bit about imagining discomfort during a period of real-life comfort, I was getting at the idea that when you imagine what happens to your form as you tire in a race, unless you have experience in this area — including seeing videos of yourself and, perhaps, some grasp of exercise physiology — you probably don’t have a very good idea of what goes awry. You might suggest that your cadence falters by a few steps per minute, from maybe 180 to 175 or so, or that you’re not getting the kind of knee lift you were earlier. But unless you have someone who’s in the habit of watching you, you may have habits that are holding you back that you’re oblivious to.

Twenty or 30 years ago, a sizable fraction of people who ran road races, especially marathons, who considered themselves competitive had once been part of a high-school team or a college team or both. Nowadays, so many people pick up running as adults that the fraction of people who  have never had a coach at all is very high. While you may not necessarily benefit from a coach, one thing they’re good at (the in-person kind) is watching how you run and making noise about it. So if you’ve never been in that a team situation, you probably haven’t had anyone tell you that you’re doing things that can send your form, and thus your running economy, down the tubes late in a race. These include looking at the ground (with or without dipping your head), hunching your shoulders, locking your elbows, even clenching your jaw…and note that I haven’t even gotten below chest level yet.

The point of this post is that you really don’t know what you might be doing wrong — correctable things — unless someone has watched you run under duress. It’s one thing to lope easily on a treadmill while fresh and imagine what might occur under more challenging conditions, but quite another to experience it for real and have something for an expert to work with. That’s what the next post will focus on most strongly: ways to prevent form breakdown rather than “improve your form” per se, and how the ways to do this might have less to do with running itself than you imagine.

Photo by Nicolas Hoizey on Unsplash