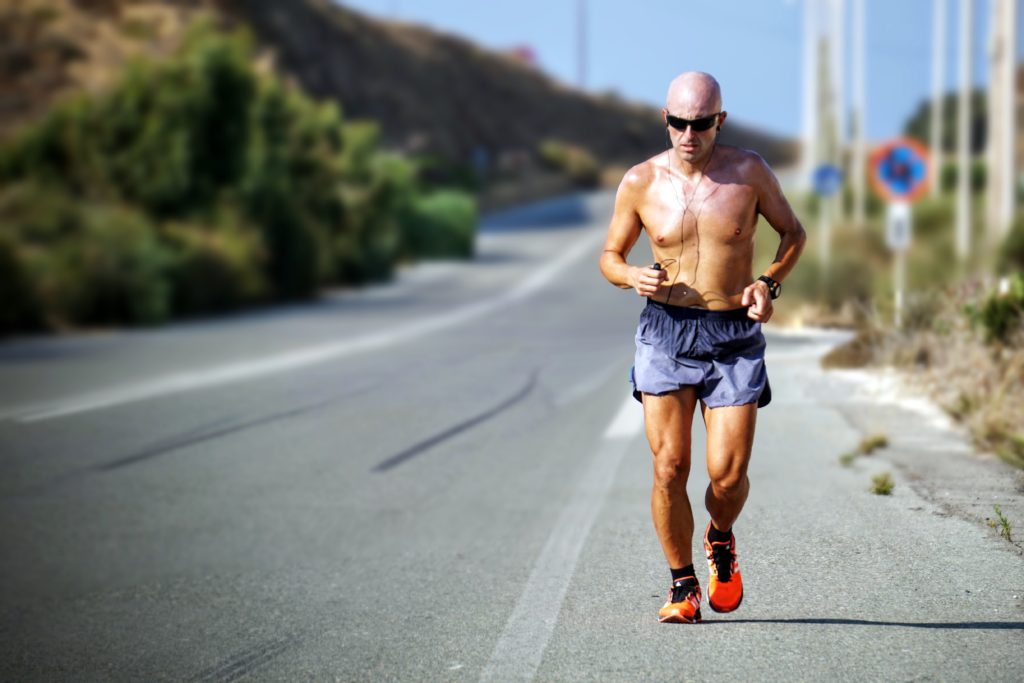 Rumors About Your Running Form Are Greatly Exaggerated

None of us can change most of what our bodies contain at the cellular level and how our bodies behave on the inside while we’re running. Anyone can improve vastly with training, no matter how great or small the genetic gifts that person received. But none of us can fundamentally alter the things that make up what we think of as talent in the distance-running world: the ceiling on our ability to process and utilize the oxygen we breathe in, our general build, and our muscle-fiber composition.

One thing we can do is change how we run — that is, our form. This is why coaches and athletes focus so intensely on this aspect of training: not because ample evidence that it does a lot of good, but simply because it’s an option.

We’re all in favor of doing form work here at Lowell Running — just not in the way you might think.

As a coach, if I am handed a group of 35-year-old athletes who on average are 6′ 2″ and 225 well-muscled pounds, with none  of them able to run faster than 60 seconds for an all-out 400 meters,  the odds overwhelmingly favor that there there is virtually nothing I or anyone can do with this group that will transform any of them into a top-class runner. I can’t make any of them younger or give them a more classic marathon runner’s stature or bless them with better basic foot speed.  But if I want to, I can tinker with their cadence (number of steps per minute), their stride length, their arm carriage, and various other aspects of form.

And for the  most part, this is probably wasted energy on the part of everyone involved.

I am not saying that none of these things make a difference, but what I want to emphasize is that the main reason coaches and runners focus on their form is, again, because it is, if nothing else, malleable, for better or for worse. The thinking, conscious or otherwise, is that one might as well try and run “better” if one cannot instantly be fitter.

I’ll be exploring this in detail over a series of forthcoming pieces, but, at the risk of being charged with using outliers to make a point, I suggest you dig up videos of the following current or former world-class runners plying their trade and ask yourself if any of them seem to exemplify ideal form:

If you gathered 100 far-better-than-average male distance runners (PRs ranging from 30:00 to 40:00) into a gymnasium, and put 100 of their woman counterparts (PRs ranging from 35:00 to 45:00) in an adjacent warehouse, and had them run around for a few minutes at a modest pace without knowing any of their PRs, the probability that you would be able to pick out the fastest of them based on style alone is very, very low. In fact, if you were to create a graph with “form” on the y-axis and 10K speed on the x-axis, rather than the upward-sloping line that a solid form-speed relationship would predict,  you would almost certainly see a scatter plot — that is, very little correlation, within this wide range of abilities, between how fast people run and how fast they look like they should be able to run by conventional standards.

I’ll end for now by proposing what I plan to explore soon: While there’s much you can try to do with your form, there’s little you really can do in the end, and even less that you should do. Moreover, just as with diet, so much interpersonal variation exists that the chances you’re well-advised to mimic any one runner out there, however accomplished or graceful, are almost nil. But there is a lot of good stuff to be had in the narrow space between “form is everything” and “don’t bother, focus on other stuff,” and we intend to help you access it here.