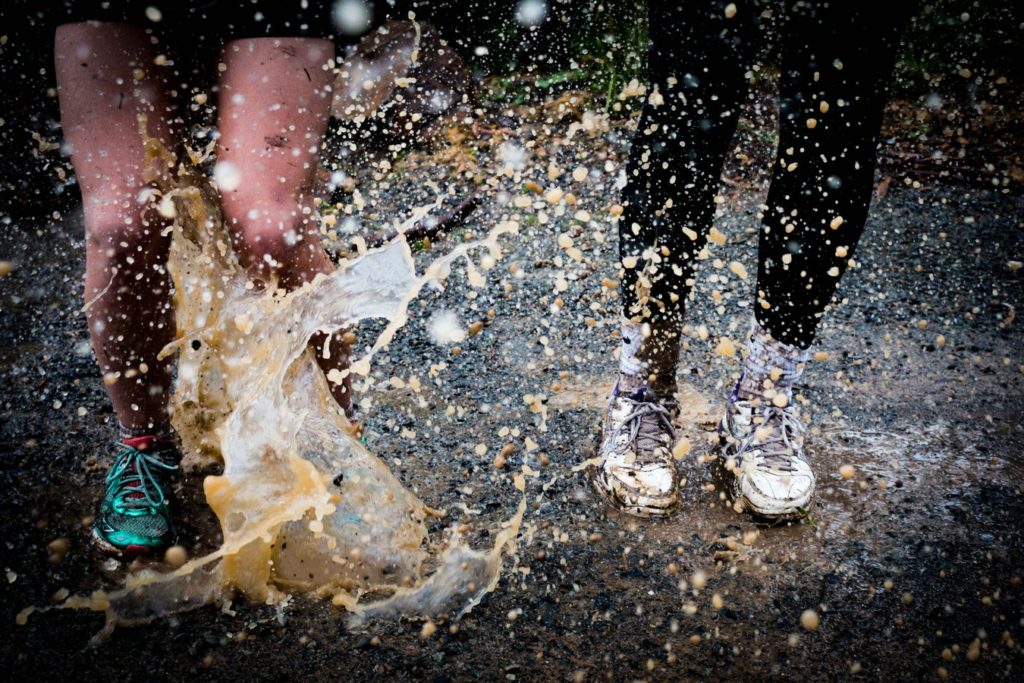 Running means pushing and experiencing a degree of unrelenting physical and mental discomfort that few other athletes face. Even sports we acknowledge to be punishing, such as rugby, football, and hockey, allow for periods of respite during games to gather and re-focus critical resources.  In a race, you’re never resting; how hard you’re working is a mater of degree.

As a result of the need to force ourselves through discomfort, a lot of us wonder about our own mental toughness. Because bearing down and tolerating pain in both training and racing is critical to our success as distance runners, we wonder if what we’re experiencing when we’re at our perceived limit is much different from what other runners experience. How could we possibly know if we’re any more or less “tough” than the typical competitor when we don’t have a frame of reference outside our own to use as a reference point?

For some of us, this consideration has recently become a point of even greater focus than usual; the publication of Endure by Alex Hutchinson,  probably the best running writer in the biz these days, has ignited some spirited discussion about the topic. The one thing I want to stress today is that I don’t think toughness is am absolute trait. That is,  I don’t believe that a failure to push yourself to your limit every time out implies that you are not as competitive or driven as anyone you admire, because in reality, few people go to the well every single time in racing.

I took a treadmill VO2 Max test in the spring of 2004, days before I ran my lifetime 5,000-meter best of 14:58.2 in San Francisco. If you know how these things work,  you know you’re supposed to signal the testers when you think you have 30 seconds left at whatever level of effort you’ve reached. No one, of course, wants to give that  signal because it feels like surrender. At the same time, no one wants to faceplant on a moving treadmill belt, either.  Anyway, when I gave the sign and held on for the next half-minute, I naturally felt that I could have gone on for just a little longer, even though I could barely stand up. But the data showed otherwise; I really had reached my absolute limits and had been sliding toward a physiological standstill in the last portion of the test. Had I kept going for even  another 10 seconds, I might well have simply buckled. So given this one limited example, I am certainly capable of running to my limits.

Yet I’m also someone who freely admits to packing it in during a lot of races. Sometimes these were already going so poorly that I couldn’t see the rationale for trying very hard and just coasted to the finish. I have also dropped out  of a fair number of races in my time.  I know people who would never dream of DNF-ing a race unless physically forced to, and I get it. But the point I’m making here is that even runners who are unquestionable very tough when they’re “on” are not invincible. It’s a safe bet that Kenenisa Bekele, who holds a number of world records and was absolutely untouchable in cross-country in his heyday, is very tough.  But he’s also quit in  the middle of various high-profile competitions when he clearly had the ability to continue and even place fairly high by most people’s standards.

If you have found yourself lacking resolve in workouts or races, the last thing you should do is chalk this up to an essential character trait. Yes, we all know people who, for better or for worse, fight as hard as they can in every race, from Old Home Days 5K runs to championship events,  no matter how old and slow they’ve become or how out of shape they may be. But this is not the norm even within any group of runners you would rightly judge as “tough.” It’s best to keep in mind that whatever you did last time that made you unhappy with your effort is fully modifiable the next time out, no matter how fast yo might be moving or what you’re feeling. And I really do recommend Alex’s fantastic book no matter what your relationship to your own mental fortitude is.

Photo by Josh Calabrese on Unsplash