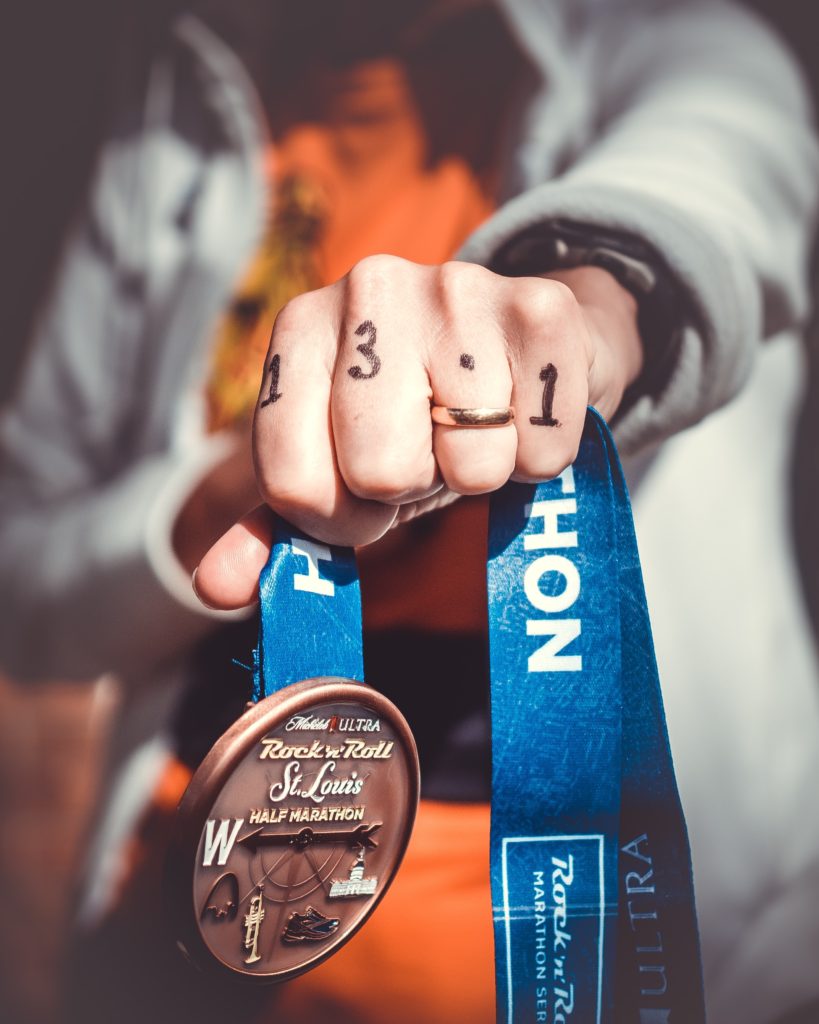 Now that we’re approaching midsummer, you’re probably training for at least the possibility of a half-marathon if you’re not training for a full marathon. If not, what follows is still likely to be useful to your race planning and execution.

The half-marathon isn’t just a stepping stone toward a marathon or a marathon companion event anymore; it’s arguably the new marathon. The number of 13.1-mile events in the U.S. rose 4 percent in 2017, making it the fastest growing distance domestically in that span, and close to two million people completed a half-marathon in 2016, making the event four times as popular as the marathon.

While it’s clearly true that part of the allure of the distance is being able to get away with a somewhat reduced overall commitment and confront a smaller likelihood of getting injured during training or the race itself, the half-marathon cannot be taken lightly. Any event that the average runner takes over two hours to complete requires special attention to pacing, fueling, hydration and footwear that shorter events do not, even if these concerns may be less pressing than in a 26.2-miler.

Most of the mistakes people make in training for racing a half are traceable to “It’s not a marathon, so…” syndromes. That is, thanks to how popular and long marathons are, it’s easy to dismiss just how far 13.1 miles is in its own right.

Some of the popular ways to sabotage a half-marathon:

1. Not prepping for warm conditions: Very few marathons are held in the summer, but plenty of half-marathons are. This means that if you plan to run a U.S. half anytime between, say, Memorial Day and Labor Day, you need to do a few of your longer runs in the heat. Gain a sense of your own sweat rate y weighing yourself before and after these runs and plan your pre- and in-race hydration accordingly.

2. Bonking thanks to poor pacing: The threat of glycogen depletion is a real thing in half-marathons for most entrants; the typical finisher takes as long to complete the course as a world-class marathoner. Fuel requirements relate to time and intensity, not distance.

Going out too fast makes the odds of bonking even greater. Exhaustion in a half isn’t the sort you can usually bounce back from by easing off the pace and dipping back under your anaerobic threshold; once you’re spent in a race this long, you can count on shuffling home in considerable discomfort.

3. Improper in-race fueling: Unless you’re among the relatively small fraction of runners capable of dipping under 90 minutes, you’re likely to run out of stored glycogen even with proper pacing if you only take in water during the race. Consequently, you need to adopt a similar fuel schedule to world-class marathoner, with about the same elapsed time but roughly half the distance in between. Try to get the equivalent of a gel in every 20 to 30 minutes, and practice this in your longer, faster training runs.

4. An overall mileage deficiency: You don’t need to cover 13 miles in training to finish a half in style, and a lot of people like the romantic allure of having a half-marathon race serve as their longest-ever run. But if you don’t do at least three runs of 10 miles or so – especially if you expect to finish well over two hours – your body is apt to rebel. Aim for an average of 30 or more miles a week, at a minimum, in the three months before the event.

5. Adverse footwear selection: When you run a half-marathon, you take at least 20,000 steps, with all of them most likely on asphalt. If you plan to use a racing flat or lightweight trainer, be absolutely sure that it’s a model proven to hold up over longer (at least 10 miles) training distances at a pace that’s within a minute per mile or so of your proposed race pace.

6. Not knowing the course and general race environment: You may be so focused on the distance you’ll be covering itself that you ignore the nature of the path from start to finish. Everyone properly respects hills on a marathon course, but 13.1 miles as far enough so that you may have to deal with not only hills but also bridges, big crowds, and an accompanying marathon field. Be sure to research these details before race morning.

Try to do race-pace tempos over layouts similar to what you’ll face in your races – downhills and uphills both.

7. Not respecting the elements: We mentioned heat already, but that’s not the only possible weather-related hazard you may face, even if it’s not a concern at the moment unless you happen to be in Antarctica. Consider using sunscreen no matter the time of year, and at the other temperature extreme, you could be subject to lots of wind exposure given the duration of the event.

Pack chapstick and wind-resistant gear, and do a very short (even five minutes helps) warm-up before the start, and pack a throwaway t-shirt to wear for the first mile or so if it’s below, or even close to, freezing.

8. Not having a target: Unless you have a frame of reference – and sometimes even if you do – picking a goal pace for this distance can be tricky. If you’re experienced at racing shorter distances, take your 10K pace and add between five and six percent. Alternatively, take the last marathon you ran that you consider a success and slice 5 percent off the pace you ran there.

“There are two camps of runners taking serious aim at half-marathons,” observes Brad Hudson, with who I have collaborated on several projects and who coaches a number of top-class athletes here in Boulder. “People training for marathon and using the half mostly for training feedback and a marathon workout, and the people who consider themselves 10K types but feel like sort of jumping in.”

Hudson advocates doing either 2 x 4 miles or 3 x 5K with 3- to 4-minute rest jogs between at slightly slower than target pace at the beginning and slightly faster at the end. Some hardy runners are known to run 15K at planned half-marathon pace a few weeks before the big day. If these sessions go well, your target time is probably wisely chosen.

Photo by Rosie Kerr on Unsplash