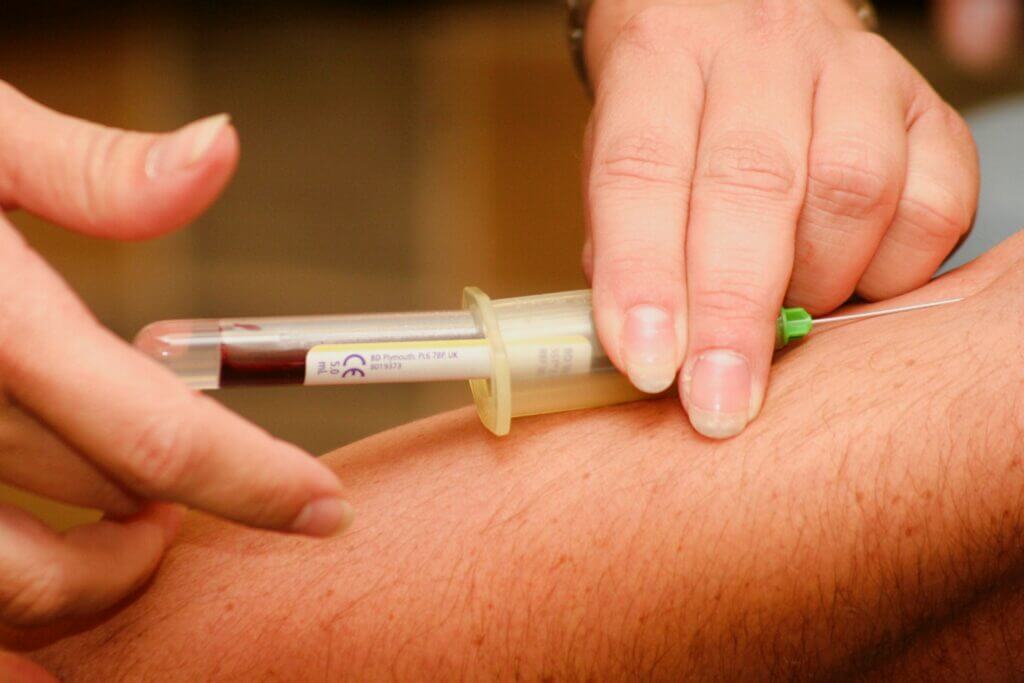 Anemia, while hardly limited to endurance athletes, is a condition that most serious, longtime runners encounter to some degree at least once. (If you don’t know what the symptoms feel like or even what anemia is, do read the material on the Mayo Clinic site.) In brief, it’s a shortage of well-functioning red blood cells, or RBCs, that is fundamentally attributable to a lack of the mineral iron (“Fe” for short in the chemistry, world from the Latin “ferrum”) in the body. The reason for this shortage can be mostly the result of insufficient intake or absorption, or is may be mostly the result of excessive loss of iron through unintentional excretion or destruction; often it is both. The main idea of this column, however, is the learn how to optimally interface with your healthcare provider to make sure that you either never slide into “full-fledged” anemia or don’t have an unduly hard climb back if you do become anemic.

First, recognize that the usefulness of a one-off blood test is often limited. Because many blood tests are measures of the concentration of something, like cells or foreign substances such as drugs or microorganisms, anything that shrinks or expands the amount of water in your bloodstream can throw off the test. If, for example, you have blood drawn when you are unusually well-hydrated, the apparent amount of Hb, and thus iron, in your body will be lower, and you might look anemic when you actually aren’t. In a similar vein (get it?), if you show up for the test underhydrated, you could be low on iron, but the concentration in your blood will be in the normal range because you’re as low on water as you are on iron, relatively speaking. As we’ll see, this isn’t the only issue when using a Hb test to assess for anemia, or even the biggest one.

What is the medical definition of anemia? Usually, a diagnosis is made on the basis of the concentration of hemoglobin, or Hb — the iron-containing protein in RBCs responsible for transporting oxygen — in your bloodstream. If the level falls below 14 g/dL (grams per tenth of a liter) if you’re male or under 12 g/dL if you’re female, you’re considered anemic. In most cases, though, other physiological parameters can reveal that you are at risk of becoming formally anemic well before things become official. Hb is often reported alongside hematocrit (Hct), which is the fraction of your blood that RBCs alone account for. For example, a Hct of 40.0 means that two-fifths of your blood consists of RBCs. This value is always about three times your Hb level, but will be closer to 3.5 to 1 if you’re dehydrated — or to be more specific, if your plasma volume is low — thanks to the phenomenon of hemoconcentration. (“Plasma” can mean many different things in English; in this context, it refers to the fluid component of blood.)   A few other parameters are essential to gaining a complete picture of iron status. These include serum ferritin, total iron-binding capacity (TIBC), percent saturation, and other, more obscure metrics.

Serum ferritin, often referred to simply as “ferritin,” is an indirect measure of the total iron stores in your body. Chances are excellent that if your Hb/Hct are low, your ferritin is too, because in general, the iron in your RBCs is maintained at the expense of your body’s total stores in periods of negative iron balance (that is, when you’re losing more than you’re taking in). This can mean that your Hb/Hct level is the last thing to be affected. Think of a running store that has a normal level of shoes on display but is rumored to be struggling to keep its inventory up. If there are lots of shoes stored in the back (the “ferritin” in this scheme) standing ready to replace models that are purchased up front (the “RBCs”), then you are in a healthy store. If the store is in trouble, there may be next to nothing in the back to replace what’s on display once the latter are sold. In your blood, then, the level of iron in your blood cells generally the last thing to drop, after your ferritin has already fallen to very low levels and there is nothing else to prop up the health of circulating RBCs.

The bottom line is that if you suspect that you’re anemic, you should have both your Hb/Hct and your serum ferritin assayed.   TIBC is another useful lab measure, because, loosely speaking, it describes the “hunger” of a transport protein in your body called transferrin for iron. When you are iron-deficient, this value tends to be elevated. However, this would not be a reliable screening test for anemia, because TIBC affected by a variety of factors. Instead, it can be used to help rule in iron-deficiency anemia in suspected cases.   Probably as a result of the so-called second running boom that took root in the U.S. in the mid-1990s, doctors, nurse practitioners and physician’s assistants have become more hip in the past 20 or so years to the fact that Hb/Hct alone may not be enough to diagnose or rule out anemia. For example, you might be iron-deficient and dehydrated at the same time — it’s not hard to imagine a runner being both — and this allows the iron deficiency to “hide” because its presence is offset by the hemoconcentration that results from low plasma volume.

If you see a practitioner who is in the habit of offering full anemia workups, especially if he or she deals regularly with endurance athletes, you can be confident of getting an informed explanation of your results. But it never hurts to understand the nature of the results yourself and to have a clear picture of what’s going on with you physically. This is especially true with anemia, because if you’re been through it once, it’s likely to recur if you fail to address the things that caused it in the first place — and sometimes even if you’re fairly diligent about iron intake and monitoring.   The basic causes of anemia and how to correct it are extensive topics in themselves and won’t be covered here, but this should at least prime you to understand what your iron-related blood tests mean and how your medical providers go about interpreting them.

Photo by Hush Naidoo on Unsplash